How animals can improve the Mental Health of Elderly Residents

By Matthew Clayton
Posted July 28, 2017
In Care Home News
How animals can improve the Mental Health of Elderly Residents2017-07-282019-08-27Countrywide Healthcarehttps://www.countrywidehealthcare.co.uk/wp-content/uploads/person_with_dog.jpg200px200px
2
0

A number of small-scale studies over the years have suggested that introducing animals into care homes can have positive effects on the elderly. This process is sometimes referred to as animal-assisted therapy (AAT). The Alzheimer’s Society touched on this claim in their Living with Dementia magazine in 2011, quoting Jane Fossey, a clinical psychologist and trustee of the Society for Companion Animal Studies (SCAS). Fossey stated, “spending time with visiting animals has been shown to reduce blood pressure and anxiety, improving social interaction and sleeping patterns. It can also reduce the late-afternoon restlessness that can affect people with Dementia.”

A number of organisations have been set up to allow residents in care homes to have the experience of petting and being around animals. ZooLab, for example, is an animal handling experience company, helping schools, companies, organisations and care homes to bring people closer to nature and stimulate an interest in science, nature and learning. In care home and hospice settings, ZooLab harness the power of animal therapy to make people’s lives better in measurable ways, often in the most difficult circumstances. Pets As Therapy is another national charity that provides therapeutic animal visits to care homes, as well as hospitals and hospices. In the organisation Pets As Therapy, volunteers bring in their friendly, vaccinated dogs and cats and visit over 6 million beds a year.

Sarah Dyke’s study, “Every Man’s Best Friend” followed on from previous research that demonstrated that dogs can have a positive effect on the mood of elderly residents. Dyke set out to discover whether residents had an increase in mood after having the opportunity to be around animals. After visiting a large number of care home residents, Dyke’s research concluded that there was a dramatic increase in the mood of elderly residents after animal therapy organisations had visited. After being asked questions on their mood and well-being, residents were also reported to more relaxed and less anxious. Dyke stated of the research, “this would explain why organisations continue to grow in terms of numbers of volunteers, dogs and establishments involved in this type of therapy and the residents they visit. The genuine happiness of residents shows how much joy the pets bring and how much they are needed and valued in the care home industry.”

Lori Palley, DVM, of the MGH Center for Comparative Medicine further supports this claim, asserting claiming, “Pets hold a special place in many people’s hearts and lives, and there is compelling evidence from clinical and laboratory studies that interacting with pets can be beneficial to the physical, social and emotional well-being of humans,”. Palley uses scientific evidence to back up the claims, stating “neurohormones like oxytocin – which is involved in pair-bonding and maternal attachment rise after interaction with pets. New brain imaging technologies are helping us begin to understand the neurobiological basis of the relationship, which is exciting”.

Some common behaviour changes that have been reported in residents after they have spent time with animals include:

> Reduced agitation. Agitation behaviours that are common amongst many Dementia patients are reportedly reduced in the presence of an animal

> Improved eating. Patients have been reported to eat more following an animal’s visit due to higher rates of relaxation

> Interest and temporary distraction. Some patients simply enjoy the presence of an and its human companion, in particular, the tricks therapy dogs can do

> Increased physical activity. Depending on a patient’s mobility, they may be able to groom the animal, toss a ball, or even go for a short walk. This provides gentle, healthy exercise

> Reduced confusion and stress. Many elderly people see dogs and other animals as things they can interact with easily. Someone with Dementia, for example, may find it difficult to follow a conversation with people. With a dog or cat however, residents are simply able to relax and enjoy being around them.

In addition to having animals visit frequently, many Care Homes have recently started allowing animals to stay in the building to provide residents with more company. Sanctuary’s Chadwell House in Romford, Essex is proud to be incredibly pet-friendly. The home boasts six rabbits, four guinea pigs, two budgies, two chickens and two cockatiels. The home is also awaiting the arrival of two ducks, six more chickens and an Amazon Green Parrot! Chris Gammons, the manager of Chadwell House, said: “We find it enhances residents’ well-being. They love stroking the animals and it is very therapeutic for them”. The manager claims, “We have one resident who likes to go out to see if the chickens have laid any eggs. Many of our residents will have had animals in their own homes so it helps to create a very homely effect here. We all pitch in looking after them.” Sanctuary Care’s commitment to promoting the well-being of residents extends to considering requests from people moving into its homes who may want to bring a pet with them.

Watch the video below to find out more about the organisation Pets As Therapy. 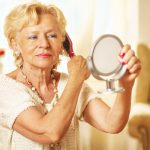