The impact of personalised music playlists on residents with Dementia

By Matthew Clayton
Posted June 23, 2017
In Dementia Care
The impact of personalised music playlists on residents with Dementia2017-06-232019-08-27Countrywide Healthcarehttps://www.countrywidehealthcare.co.uk/wp-content/uploads/adobestock_130233966_seniors_chatting_over_a_cup_of_tea1.jpg200px200px
2
0

Anti-anxiety and anti-psychotic medication can have many negative side effects, including tiredness, blurred vision and even increased confusion. Often, individuals with Dementia are provided with an excessive amount of medication as an attempt to make the person feel at ease in the most time-saving way. However, studies have recently revealed a safer alternative way to ensure residents are calm and relaxed. This method is through creating a personalised music playlist.

Why is music beneficial for people with Dementia?

The power of music to unlock memories and kickstart the grey matter is an increasingly key feature of dementia care. Music appears to reach parts of the damaged brain in ways other forms of communication cannot. Professor Paul Robertson, a concert violinist and academic who has made a study of music in dementia care asserts, “We tend to remain contactable as musical beings on some level right up to the very end of life”. Alzheimer’s disease and related dementias can result in aggressive or other difficult behaviours, which can affect quality of life and take a toll on caregivers. Lead author Kali Thomas, an assistant professor at Brown University in Providence comments “we think that familiar music may have a calming or pleasurable effect and reduce the need for caregivers to use medications to control dementia behaviours”.

The positive impact that music can have on people with Dementia was illustrated in the 2014 documentary Alive Inside, which shows residents with dementia dancing and moving to their favourite music. An organisation called Music and Memory helps people in nursing homes and other care organisations who suffer from cognitive challenges to find meaning and connection in their lives through the gift of personalised music.  In hundreds of MUSIC & MEMORY℠ organisations throughout the U.S. and Canada, thousands of individuals struggling from Dementia have been able to reconnect with family, friends and caregivers. A care home resident, Henry, is one of the many people who have benefited from the organisation. Henry suffered from Dementia for a decade and was reported to “barely said a word to anyone” until Music & Memory set up an iPod program at his nursing home. Music and Memory have since tested the theory on 98 nursing homes with a total of about 13,000 residents with Alzheimer’s disease or non-Alzheimer’s dementia. At the start of the study in 2012, the researchers assessed patients’ behavioural problems, depressed mood and their use of ant-anxiety and anti-psychotic medications. Nursing homes using the music program reported greater improvements in residents’ behaviour. The proportion of residents with reduced dementia-related behavioural problems rose from 51% to 57%, while the comparison group remained the same. At the facilities included in the music program, the typical proportion of residents who discontinued antipsychotic medications in a six-month period was 17.6% prior to the program’s implementation and rose to 20.1% after the program. In the comparison homes without the program, this proportion remained stable at about 15%. Similarly, the proportion of people discontinuing anti-anxiety medications rose from 23.5% to 24.4%, while in the comparison group discontinuation rates dropped from 25% to 20% over the same period.

Research and evaluation of Music and Memory’s work has confirmed the following benefits of the organisation:

How do you create personalised music playlists?

Personalised music playlists are simply a selection of songs that are tailored to the individual’s personal taste are linked to certain life memories such as weddings, parties and personal events.

You should aim to find out as much information as possible about each individual in your care home and discover which songs and life events spark their interest and make them more alert. Create a playlist of songs that are relevant to these interests and will encourage reminiscence.

Safe and enjoyable entertainment for individuals with Dementia is something that could drastically change the quality of life for people with Dementia. As Orii McDermott, a senior research fellow at the University of Nottingham states, “personalised music for Dementia residents goes further than behaviour management”.

The video below was provided by Age UK and describes the impact of providing therapeutic support through music to people living with dementia:

ARVE Error: id and provider shortcodes attributes are mandatory for old shortcodes. It is recommended to switch to new shortcodes that need only url 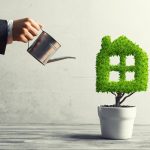 What are the most important attributes for a good care home?Care Home News, Dementia Care 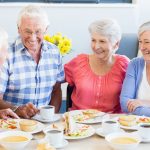